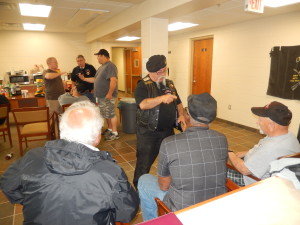 The first Annual Ranger Rendezvous was held at Camp Grayling on 30-31 May. Approximately 30 of our members attended the event. Some attended both days and some just dropped in on Saturday. The quarters were outstanding, the officers that attended said they were better than any BOQ they had stayed in.  There was plenty of food, more food than anyone could eat. 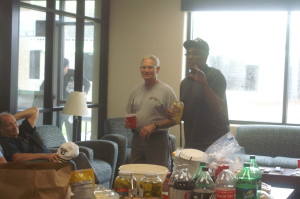 Everyone enjoyed telling “Jump Lies” about their time in the unit.  Dave Lincicome discovered some Super 8 film that was shot by SFC Rasmussen and had them converted to DVD.  SFSC Rasmussen may not have been the best camera man in the world, but it was fun to see video of the “old days!” 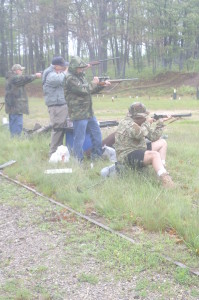 The weather could have been more cooperative, but the rain cleared enough in the afternoon that we were able to get on Range 3A and fire a variety of personal weapons. It appears the time on the range was the highlight of the 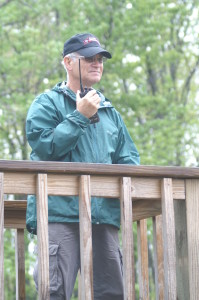 weekend. We fired everything from .22 cal, 5.56mm up to a German Mauser and a 30.30 lever-action Winchester rifle.  I enjoyed myself in the range tower, reminded my of my days as a Lieutenant.

After an evening of reliving events of the early days of Co F as well as the two deployments to Iraq, we ended the weekend by reading the roll of our fallen members at our unit Memorial Monument in the Memorial Garden of the Camp Grayling Chapel. If you didn’t attend, you missed a great time! 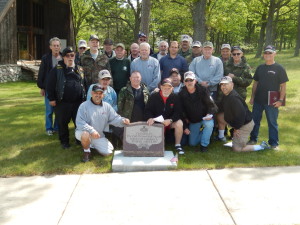 Heads up!  We are planning to make this an annual event on the weekend after Memorial day, so make a note on your calendar to keep that weekend clear to join us for another great time!