The 2017 Regimental Rendezvous was another success.  We encountered a number of new obstacles and tried some new things, and it all worked out in the end.

The biggest obstacle was that Camp Grayling has turned Building 656Q from a chargeable quarters building into a barrack. This made it more difficult to schedule and the accommodations were not a plush as they had been in the past.

Because they had removed the big refrigerators from the building, we explored having our meals at the Camp Grayling Officers Club.

Based on the availability of Building 656Q, we scheduled the Rendezvous for September instead of May. Our less than expected turnout may have been a result of this decision as some of our members told us that they were tired up with fall sports and school activities.

We also opened the schedule to allow members to arrive on Friday afternoon/evening.

The time on the range was as enjoyable as ever. The Big Ranger in the Sky cooperated by providing beautiful weather for the weekend.  We again used Range 3, a 25-meter range. Some members have asked about using Range 10, an automated record fire range; however we again chose Range 3 for several reasons.

This range can be run with a minimum number of range personnel allowing more of our members to shoot on the range, rather than running it.

A 25-meter range allows use the flexibility to fire handguns and rifles at the same time.

Range 3 allows us to put more people on the firing line at the same time, increasing the amount of time people have for shooting, rather than waiting for their turn. 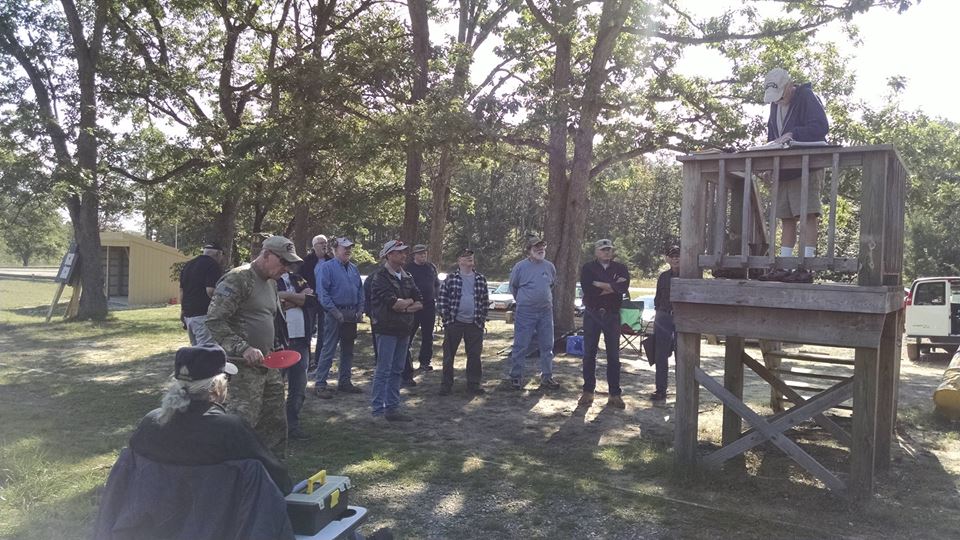 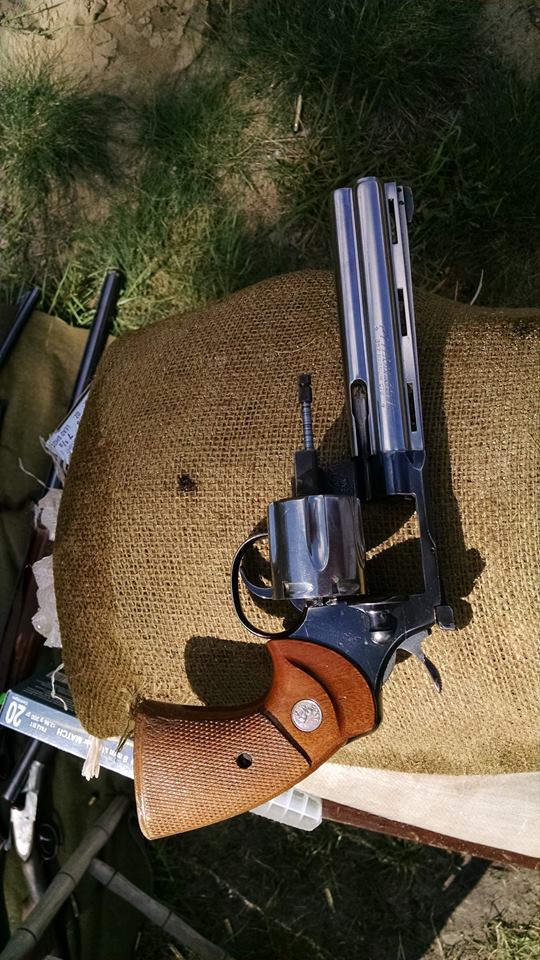 Bill Poynter, once again, entertained everyone by bringing his A3 .30 caliber machine gun. This is actually a semi-automatic version but, with an agile trigger finger, it is “almost” a machine gun. 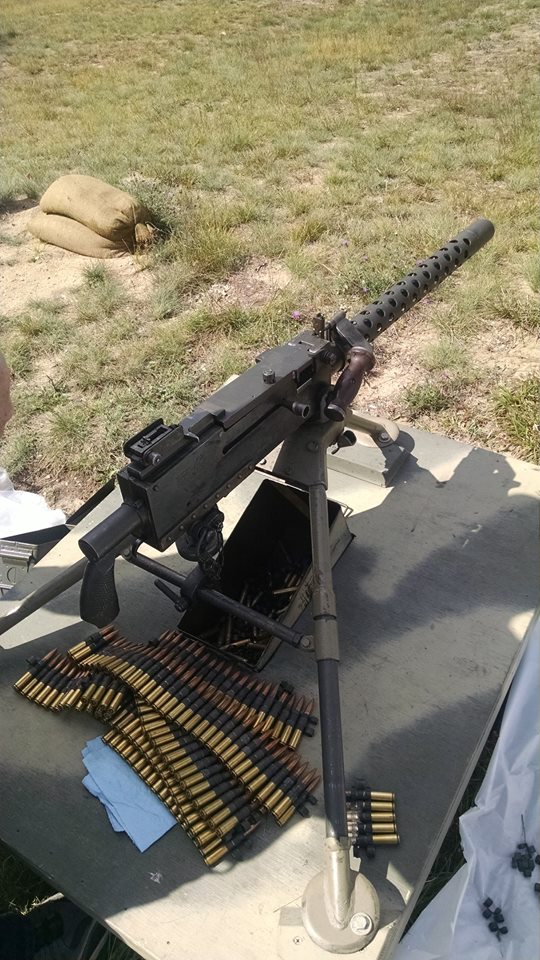 Phil Griglio continued his performance by providing breakfast on Saturday morning and lunch on the range.

In the afternoon, everyone had the chance to visit the PX and Class Six store, before we went to the Officers Club for dinner. At the Club, Merry Meredith and her staff provided our members with a great meal in a historical setting. Rasmus Hanson, one of the state’s lumber barons donated the land for Camp Grayling to the National Guard back in the 1913. The Officers Club was built in 1917 and has been a focus of military social activities since then. 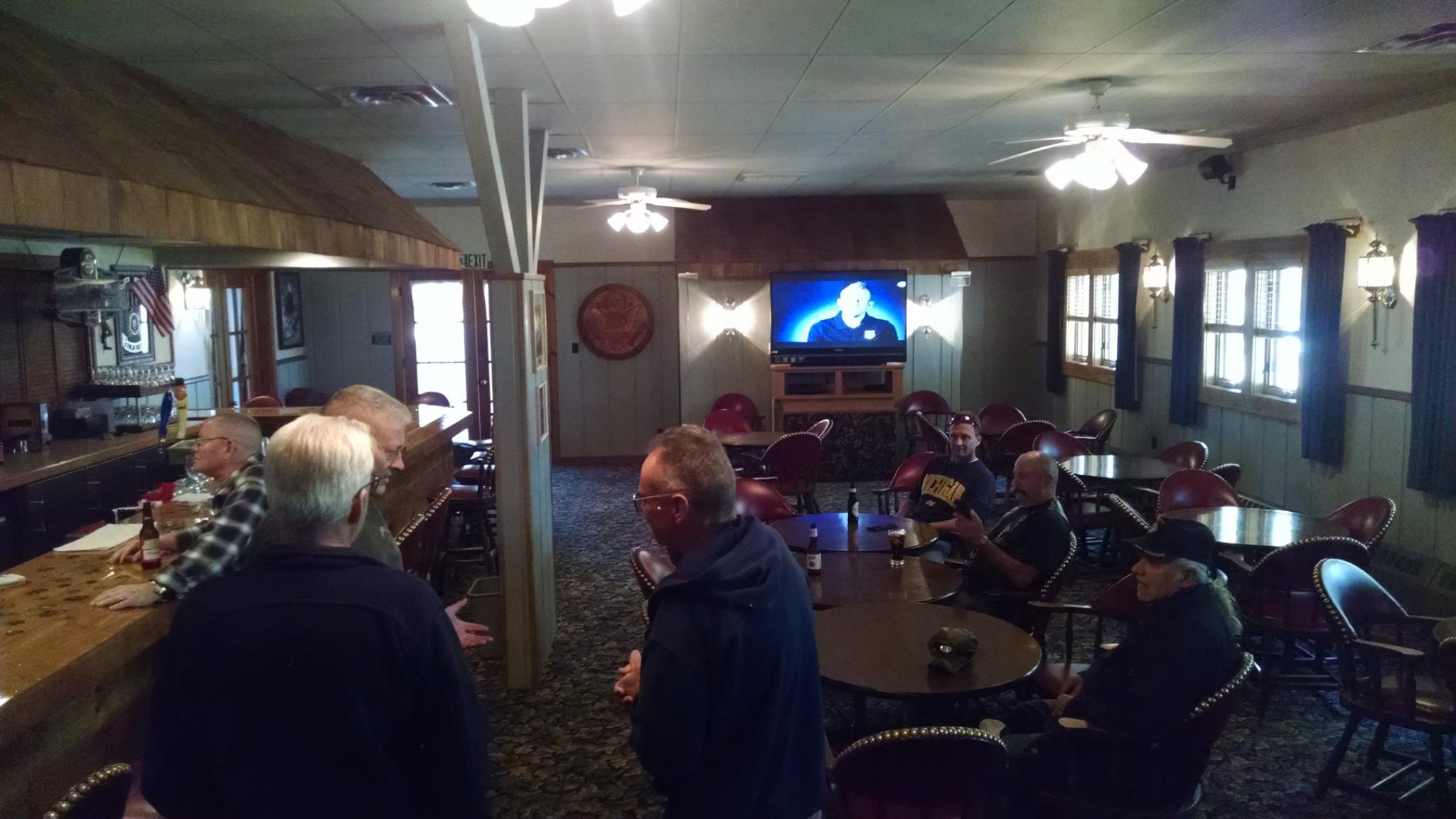 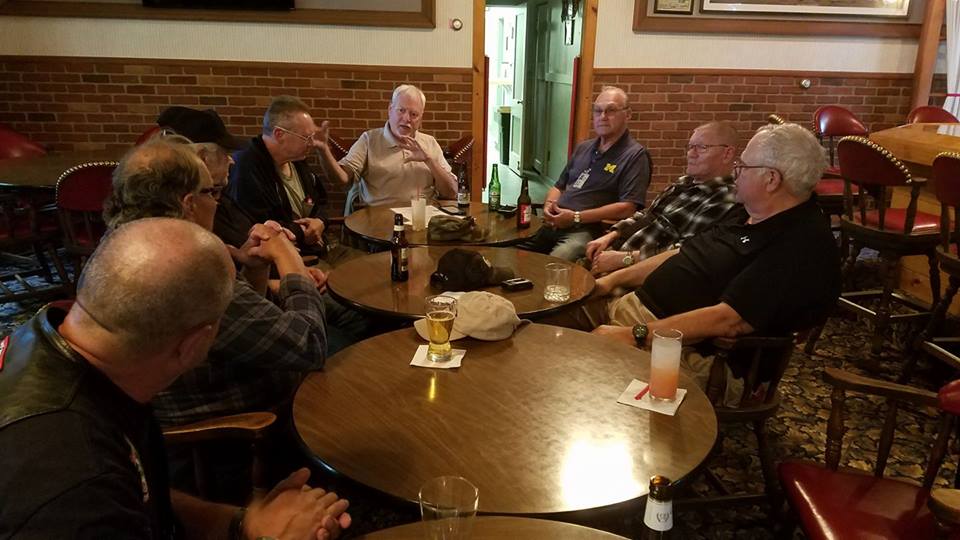 The rest of the evening was spent watching “A Bridge Too Far” and “The Great Raid,” the story of the rescue of American POWs in the Philippines by the 6th Ranger Battalion in WWII, and telling jump lies. 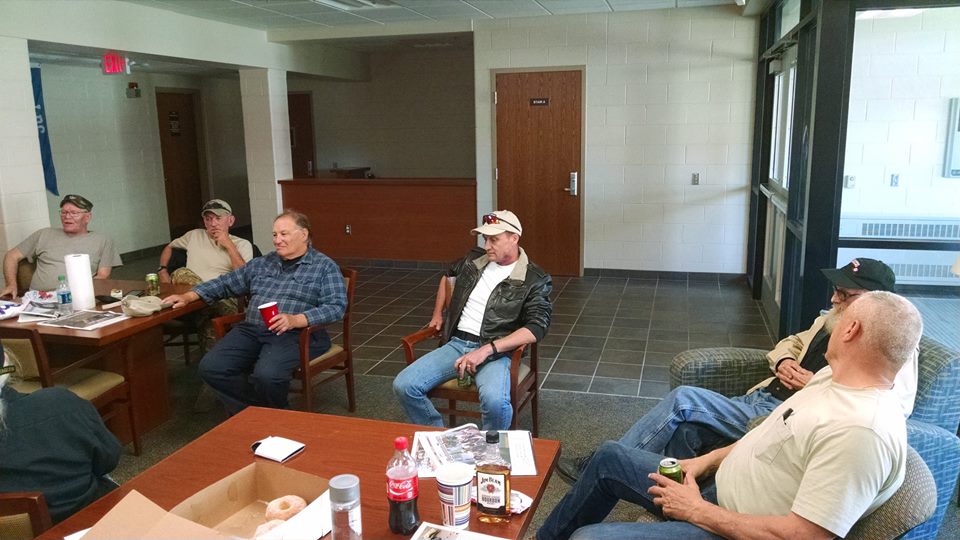 After cleaning and clearing the building on Sunday morning we had a wonderful breakfast at the Officers Club and conducted a brief service at our Company F Memorial near the Camp Grayling Chapel.

The Association would like to thank the volunteers that worked so hard to make this year’s Rendezvous a success.

Our next big event will be our Annual Reunion Dinner at the Bruce VFW Post on November 18, 2017. If you couldn’t attend the Rendezvous, don’t miss the Reunion Dinner!