The Wall – Lest We Forget 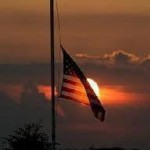 Memorial Day will be upon us soon.  As we enjoy our time with family, friends and former comrades, let us pause and remember those who gave the last great act of devotion so many years ago.

A little history most people will never know. Interesting Veterans Statistics off the Vietnam Memorial Wall

There are 58,267 names now listed on that polished black wall, including those added in 2010. The names are arranged in the order in which they were taken from us by date and within each date the names are alphabetized. It is hard to believe it is 36 years since the last casualties.

Miller Drop Zone at Camp Grayling was named in his honor.

For most Americans who read this they will only see the numbers that the Vietnam War created. To those among us who survived the war, and to the families of those who did not, we see the faces, we feel the pain that these numbers created. We are, until we too pass away, haunted with these numbers, because they were our friends, fathers, husbands, wives, sons and daughters. There are no noble wars, just noble warriors.